After finishing my master’s degree in Industrial Design Engineering, kollekt.fm, a social music platform was born. As co-founder I was mainly responsible for the UX, design and front-end development. We were selected for the web and mobile batch of the Rockstart accelerator in ’15.

Together with 3 other music enthusiasts we founded kollekt.fm. We all faced problems when discovering new music. Music is scattered all over the web, over multiple platforms, and we felt the discovery and collection of music was too cumbersome.

We decided to start Kollekt.fm, a social music platform which aggregates music from different sources such as SoundCloud, Facebook and YouTube. Our aim was to make a great social music discovery platform for curators and connect these curators to people with the same taste. 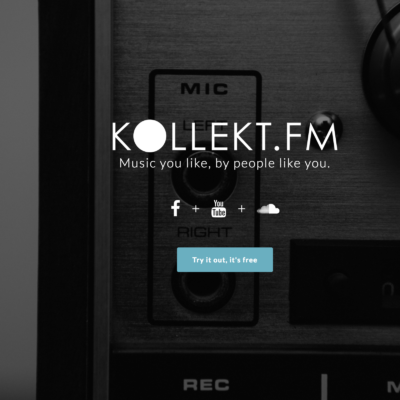 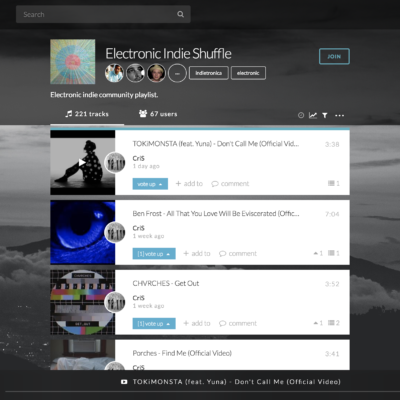 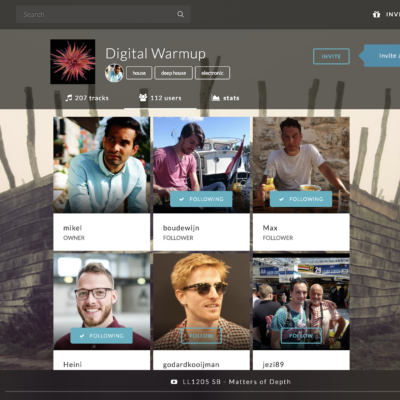 At kollekt.fm I was mainly responsible for the web-app. The first version / MVP was made with vanilla javascript and when the application became bigger we decided to use a framework and switch to Angular.

I was also responsible for all the UX and design work. As a startup we tried to run a lot of tests to find out what our users really wanted. I used a lot of Mixpanel to analyse users and their behaviour. I also built custom tools to find patterns in why certain users became active and others not (finding the a-ha moment).

When running a startup you learn something new almost everyday. At one point we needed a video explaining our idea & vision. I decided to learn After Effects and create the video myself. I created a story-line, designed the graphics and composed the music. It took me around 2 weeks and with the help of some tutorials and Fiverr (voice over) this was the result:

After 2 years we decided to pivot. The revenue model of the social music platform didn’t receive enough traction and being dependent of other music services comes with risks. We decided to take another path and Atmosphere was born. With Atmosphere stores receive music curated that matches their brand. Curators are connected to a store/brand and select music based on their identity. Atmosphere comes with an app, through which store owners just press play and don’t have to worry about which music to pick. Read more about Atmosphere.